What a privilege it is to share with all you ladies today. I feel the word the Lord wants to release over you in this next season is a word of validation. Recently my father-in-law (Pastor Graham Oosthuis) spoke about the keys God has given us to His Heavenly Kingdom. One of those keys is the name by which He is has named us. We were named by Him before we were even conceived and He holds the scroll sealed with our name in His heart.

But now this is what the Lord says, he who created you, O Jacob, he who formed you, O Israel: “Fear not, for I have redeemed you; I have summoned you by name, you are mine.”  Isaiah 43:1 (NIV)

On expecting our first child, there has been much discussion on the naming of our son. Careful thought has gone into our dreams for him, and more importantly God’s destiny for his life…..who he will be, what he will carry, and what he will become…..as we raise Him up to be a laid-down-lover of Christ.  Our heart is to see Him fervently advancing the Kingdom of Heaven……a forerunner in the next generation of believers – inspiring others to lay down all so they can know the lover of their souls and all that He’s called them to be! If these are our dreams for our son, can you imagine God’s dreams and desires for us!

I’m very sure many of you have looked into the meaning of your name and how it lines up with the destiny God has for you. Perhaps your parents didn’t have this in mind. The good news is…. God already knew your name from before you were born.

“Before I formed you in the womb I knew you, before you were born I set you apart; I appointed you as a prophet to the nations.” Jeremiah 1:5 (NIV)

“All the days ordained for me were written in your book before one of them came to be.” Psalm 139:16

Our entire destiny was planned by God and written in His book. In other words, He has already given us everything we need to accomplish His plan for us as we seek Him with all our heart.  Your mistakes or regrets are no surprise to your Father, just as our mistakes and regrets don’t change who we are in our parent’s home.  His desire is to raise you as a son in His Kingdom, with an understanding of who He’s created you to be so that you can mature and walk in His authority….a son of the King! It doesn’t matter how many times you trip and fall. He’s always there to pick you up again and coach you…..until you’re mature enough to do that for others; raising up those around you to walk in sonship.

So what does God say about you in His book? Has He changed your name from that which has been given to you, or which you’ve labelled yourself with, to the name He already had for you? (as He did for Jacob in Genesis 32:28) Have you listened to what others have said about you and allowed that to define your destiny? Let’s stop listening to what the enemy calls us and let’s start proclaiming what God says about us!

In Matthew 16: 13-19 (NIV), Jesus asks his disciples “Who do the people say the Son of Man is?” Simon Peter replies with, “You are the Christ, the Son of the living God.”  Jesus then states “Blessed are you Simon son of Jonah, for this was not revealed to you by man, but my Father in heaven” and in verse 18, Jesus says “I tell you that you are Peter, and on this rock I will build my church.” Simon means “hearer,” and Jonah means “dove,” so in other words, Jesus was telling Peter that he was “hearing the dove,” – the Holy Spirit.  Jesus pronounced a new name saying….YOU Peter are a ‘hearer of the Holy Spirit’.  When we hear what Jesus says about us, our destiny scroll is unravelled and we come into full knowledge of who we were created to be!  Jesus was showing Peter his worth, his function, his destiny and what he carried – that he had the revelation on which Christ could build His church. He was saying – YOU Peter, are not just Peter who doubted he could walk on water, but you are a rock, built on ME – the rock, on which I can build my church.
God takes names very seriously. There are many instances of Him renaming his people according to what He had for them or the transformation He brought about in them. In Genesis 35, when Rachel gave birth to Her second child, she experienced much suffering during childbirth, and as she passed away, she just managed to utter her son’s name -“Ben-oni” which means: son of my sorrow. However, Jacob knew his son was not destined to carry a spirit of suffering/sorrow…….so he changed his name to “Benjamin” – son of my right hand. This speaks of God’s favour and as many of you know, Benjamin was the one to receive a five-fold blessing from Joseph when Jacob’s sons visited Joseph in Egypt (Genesis 43:34).

You are born to embody and benefit from everything God has named you with! It’s time to proclaim it, embrace it, and walk in the power of it!! It’s time to get out of the prison of allowing others to ‘name’ you and start enjoying all that God has placed in you and equipped you with. The world needs you to take your place as a son named by your heavenly Father, because only you can accomplish what God has placed on your scroll for you to do. Let Him validate you and restore your worth as you seek to know Him and the thoughts He has about you.
With Love, 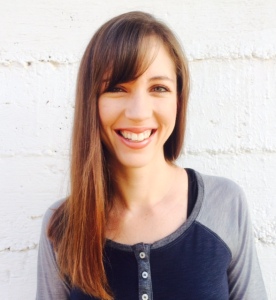 More about the amazing Tess:

Tess Oosthuis resides in Bergville, KwaZulu Natal, South Africa with her husband, Wendell Oosthuis. They are the founders of Open Heaven Ministries. They hold various healing and school of the supernatural conferences as well as travel to different churches, teaching them how to engage heaven and release it’s supply into the world. Tess is also passionately involved in leading worship with her husband and her heart’s desire is to see the captives set free. She is a prophetic seer and she carries a strong anointing in healing and deliverance ministry.

One thought on “Named By Him”