By definition the term revival is an instance of returning to life or consciousness; restoration of vigour or vitality. It implies that something was dead. Or at least on the verge of decay, lifeless, lacking any sort of zeal or zest for life.

I am not dead.

I don’t believe that you are either.

Colossians 1:13-14 (AMP), “For He has rescued us and has drawn us to Himself from the dominion of darkness, and has transferred us to the kingdom of His beloved Son, in whom we have redemption [because of His sacrifice, resulting in] the forgiveness of our sins [and the cancellation of sins’ penalty].”

Christ has first rescued us… or reclaimed us.  He has triumphed in the act of removing (a person or property) from legal custody by force, in violation of the law. That is precisely what the Old Covenant was… a law. A binding agreement between two parties; the Jewish people and their Creator, Almighty God. It was a contract to be upheld by both parties. That’s why in Matthew 5:17 (NLT) Jesus says, “Don’t misunderstand why I have come. I did not come to abolish the law of Moses or the writings of the prophets. No, I came to accomplish their purpose.” Jesus Christ fulfilled the contract as a representative of the Jewish people or mankind. He was the ultimate sacrifice and violently took back those that legally belonged to God… his children, his family, the human race.

He didn’t only rescue us, he transferred us out of a Kingdom full of darkness and into a Kingdom of marvelous LIGHT! He literally moved us or shifted us from one location to another… and there is no going back. So if you have been rescued and transferred by Christ, you have also been made alive. John 1:3-4 (AMP) declares, “All things were made and came into existence through Him; and without Him not even one thing was made that has come into being. In Him was life [and the power to bestow life], and the life was the Light of men.”

So if you are alive… then you don’t need to be revived. However, some may need to be awakened. An awakening is simply to arouse from slumber or sleep, to wake up. The present condition of the church and nation may be a state of slumber or a relaxed position of laying in retreat or surrender. Given up and not even knowing it. They need to be awakened… there must be another GREAT AWAKENING!

Earlier this year (February) Charlie and I traveled to Seattle, Washington to be guest speakers at the Declaration 2016 conference hosted by Pastor Darren Stott, his wife Andrea, and the AH-mazing team at Seattle Revival Center. Other ministers for the event included Patricia King, Leif Hetland and Bobby Conner. During the jam-packed conference weekend, we were scheduled for the Saturday 2pm session along with a special Sunday 11am service.

It was incredible all weekend as you could feel the expectancy in the air. Miracles, healing and deliverance began to take place in the afternoon session as God moved through the room. It was in the Sunday morning service as Charlie was ministering and asked the leadership to turn around and begin to minister and lay hands on those who had come to the front in need of a miracle. 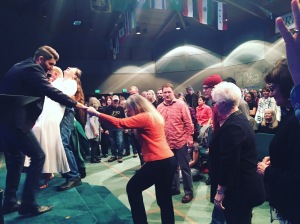 The altar area was flooded as I began to weave my way through the crowd of people, praying over each one I passed. It was an electric-chaotic atmosphere… I was aware that Charlie was on the stage prophesying and ministering healing to many, but I was almost so gone in the spirit and unaware at the same time. After the morning meeting, he was recounting testimonies of miracles that I had to go back and watch the live-stream because I had totally missed them, even though I was present in bodily form. It was in this service that a woman who had breast cancer, and had a mastectomy could no longer feel just the tissue, but felt her breast actually growing back and publicly testified to it.

After meeting with Pastor Darren and the Eldership it was decided to extend the meetings until Wednesday of the upcoming week… that would take us to March 2, 2016, Charlie’s 34th birthday. I made the phone calls, flight arrangements and worked those logistics as I so often do. You see, that Sunday afternoon God had taken Charlie into a vision while he was praying for the evening service. He has made it a habit of praying anywhere from 2 to 4 hours a day… and being married to the preacher-man for almost 11 years I can attest to the validity of this intimate prayer life. I also know that around the 3 hour mark is usually when something supernatural takes place… which if you study out the ‘Watch of the Lord’ you will understand the significance of the 3 and how it relates to the Heavenly realm.

Well, in this vision the Lord showed Charlie a glass golden bowl- almost translucent gold, filled with oil. The honey-like oil was being poured out from the bowl and formed into rain

drops of golden glory falling down from the Heaven-lies to the Earth. As it came raining down it turned into a liquid fire. Later that night, Charlie declared that the church was a container for revival, a vessel of honor that had been purged by the fire… You can watch the entire service from that night here.

The meetings continued each night that week and then on into the next. I had to return home, as my two children had been staying with their grandparents and needed some Mommy time… Charlie would continue on, preaching the Gospel with signs, miracles & wonders throughout the month of March. One of my favorite times, was the Saturday night baptisms. Each week as new believers in Jesus Christ would publicly profess their faith and be baptized in water, delivered and healed. It was so incredible to see God’s goodness manifest. After 27 days of being away from the kids we were finally reunited when I packed up the kids and flew back the Seattle March 20, as the Awakening continued. 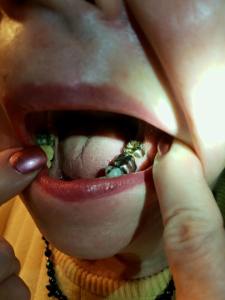 It was magical… Well, honestly, you try flying across the country with a 4 & 9 year-old alone. After spilled apple juice and delta blanket togas, we trekked to the rental car and finally made it to the host home exhausted only to realize Charlie (who had been flying back from a weekend in Pittsburg) needed to be retrieved from the SEA-TAC airport from hence we had just escaped. Each day I praise the Lord for the sweetest couple on planet Earth… Gene & Mary, who were there ready and willing to transport Charlie form the airport to the ministry home.

Finally together again, we stayed on through the first week of April pouring out what God has deposited on the inside of us and loving every minute of it. God continued to move mightily during this time and there are countless testimonies and reports of the miraculous. People came from all over the region and many different states, including Oklahoma, Nebraska, Colorado, California, Oregon, Montana, Vancouver BC, Canada  and those are only the ones I can remember.

Seattle Revival Center continues on in the Awakening God has birthed here… as I sit on the same living room sofa I did only a few short months ago, typing out some of the most precious memories I have. What I know to be true is, God is faithful… and he has created you to be a carrier of his glory. He designed you after his likeness and saw fit to make his home among you and dwell in your tabernacle of flesh and bones. You are the temple of the Holy Spirit and out of you flow the rivers of life that quench a dry and thirsty land. Let the rivers flow… no matter where you find yourself, no matter the geographical location… the same Holy Spirit in me is the same Holy Spirit in you and he is ready to move. Let him. 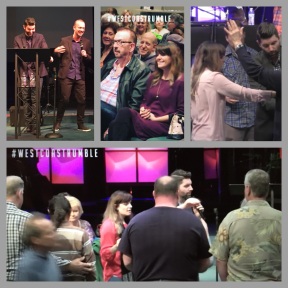 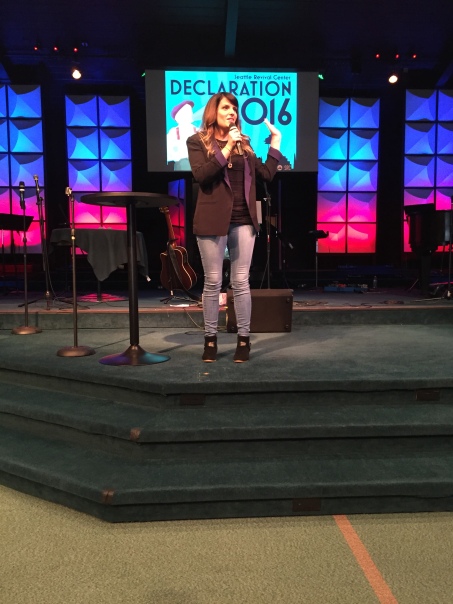 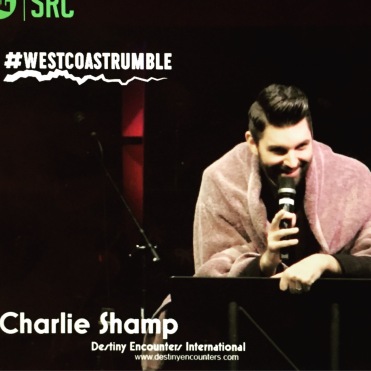 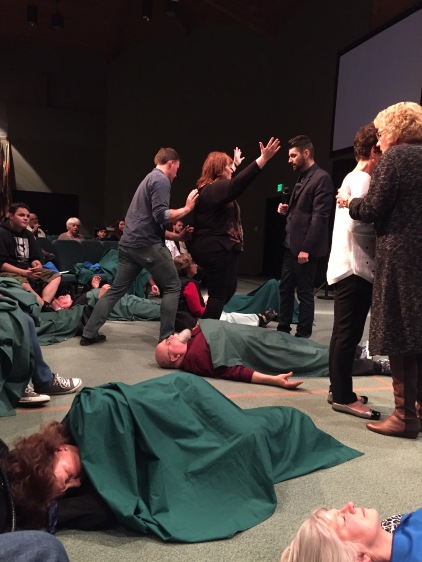 *A special thanks to all the volunteers and dedicated church workers who made each meeting possible and to all the “in-house” ministers who had a vision for and desire to see another outpouring in this region. You are the true heroes who help champion the cause of Christ. To the wives, who are also the Moms to the babies of the preachers and worship leaders… Thank you for giving of your time and many nights putting the babies to bed alone, I am with you. May the movement and momentum be ever increasing and may God’s glory forever shower this faithful house.

2 thoughts on “Why I Hate Revival…”